The term “battle royale” has been tossed about a lot in recent years thanks to the likes of Fortnite and Player Unknown’s Battlegrounds. And, to be perfectly honest, many of us are sick of it all.

Gaining access to these digital status symbols can be tricky, and unless you’re willing to fork over some of your hard-earned real-world money instead of spending it on your girlfriend (I do crack myself up), you’ll need to be aware of a few other methods to earn skins.

Here we take a look at why you want these skins and packs, as well as a brief overview of the game, and how to get these elusive skins!

Why Do You Want Free Skins and Packs?

There are only so many times you can be dropped into a map, scavenge for supplies and weaponry, and get one lucky kill before your entire existence is Alt-F4-ed by a screaming preteen with a digital assault rifle – the whole vicious cycle can get very repetitive, very quickly.

And with so many games like these to choose from and not enough time to try them all out, you may be better off retreating to the Modern Warfare lobby. (Reject modernity, embrace tradition).

Still, there are some banging battle royales out there, one of which (as you may have picked up) is the subject of this article.

Besides the riveting gameplay loop of “drop in, die immediately,” another reason many of us put ourselves through the emotional gauntlet of playing a battle royale is the skins they offer us for our guns and our avatars, those totally useless cosmetics that do nothing to change the way the game is played whatsoever.

But that’s not the point – they look cool.

If you are looking for some classic games to play today, we have a few recommendations.

What is Apex Legends?

This question probably doesn’t need extensive answering – but you better believe that we’re going to give it to you anyway!

Apex Legends is – surprise! – a battle royale in which you take control of a handful of different heroes, each with their own unique abilities and powers. The game is played from a first-person perspective, which should excite those coming from Call of Duty or Battlefield.

Think of the game as an unexpected – yet decent – crossbreed between Overwatch and Fortnite.

The main objective of you and your elite squad of two other sweaty gamers is to be the last ones standing. That means killing anyone you see with impunity. Of course, you get bonus points for doing it in style, which is why you’ll want to take a look at some of the neat skins on offer for your ragtag team of heroes.

If that sounds like your particular brand of self-inflicted digital torture, you can get Apex Legends for free right now on Steam.

How to Get Skins (Legitimately)

There are no doubt plenty of hacks you can find on respected platforms such as YouTube or Reddit (again, I crack myself up because no one else will do it for me). But let’s assume that you’re an honest gamer – you’ll want to earn your skins the right way.

The most obvious way of going about this is to earn skins by leveling up your account. It’s a tried and true method, and if you play for hours at a time every day without fail, you may even be able to receive a common skin for a hero you never use!

You’re an honest gamer – but that doesn’t mean you’re stupid.

If you’re on PlayStation, you probably already have access to a PlayStation Plus account (and if you don’t, you really should consider signing up – the benefits are great). With this, all you need to do is head over to the PlayStation store and search for the “Play Pack” for Apex Legends.

This pack of goodies comes at no extra cost and nets you some pretty neat and nifty skins for Gibraltar and Bloodhound, along with banners for both and some weapon skins tossed in for good measure.

Lastly, you can turn to crafting materials that you gain from Apex Packs. These materials may be few and far between, but it’s good to save up on them – one day, you’ll be able to afford that elite skin you’ve been drooling over.

Those are the totally legit ways of earning skins in Apex Legends. You could also faff about with a Twitch Prime account and then link it to your EA account, but we’ll just assume that you don’t have the time for that – you’re too busy playing and enjoying the game, right?

Either way, stock up on materials, grind for XP, and eventually, you’ll get that one skin you’ve always wanted – and then start the whole cycle over again. 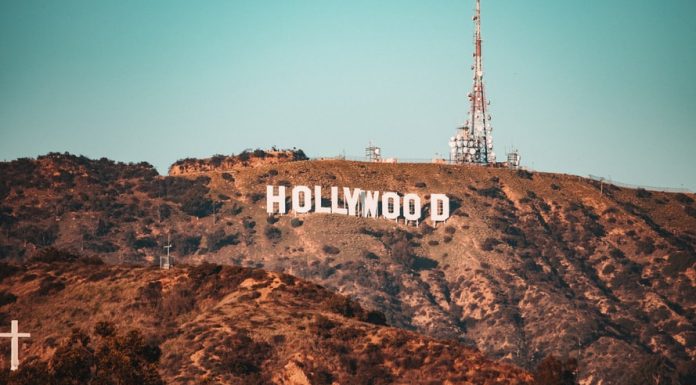 American Actors as Children and How They Look Today

Hollywood is a whole universe in itself that has churned out many actors. A few of them have made a lot of money and became a household name. Over the years, the glamour world of Hollywood has seen a drastic change, from a bell-bottomed world to skinny jeans accompanied...